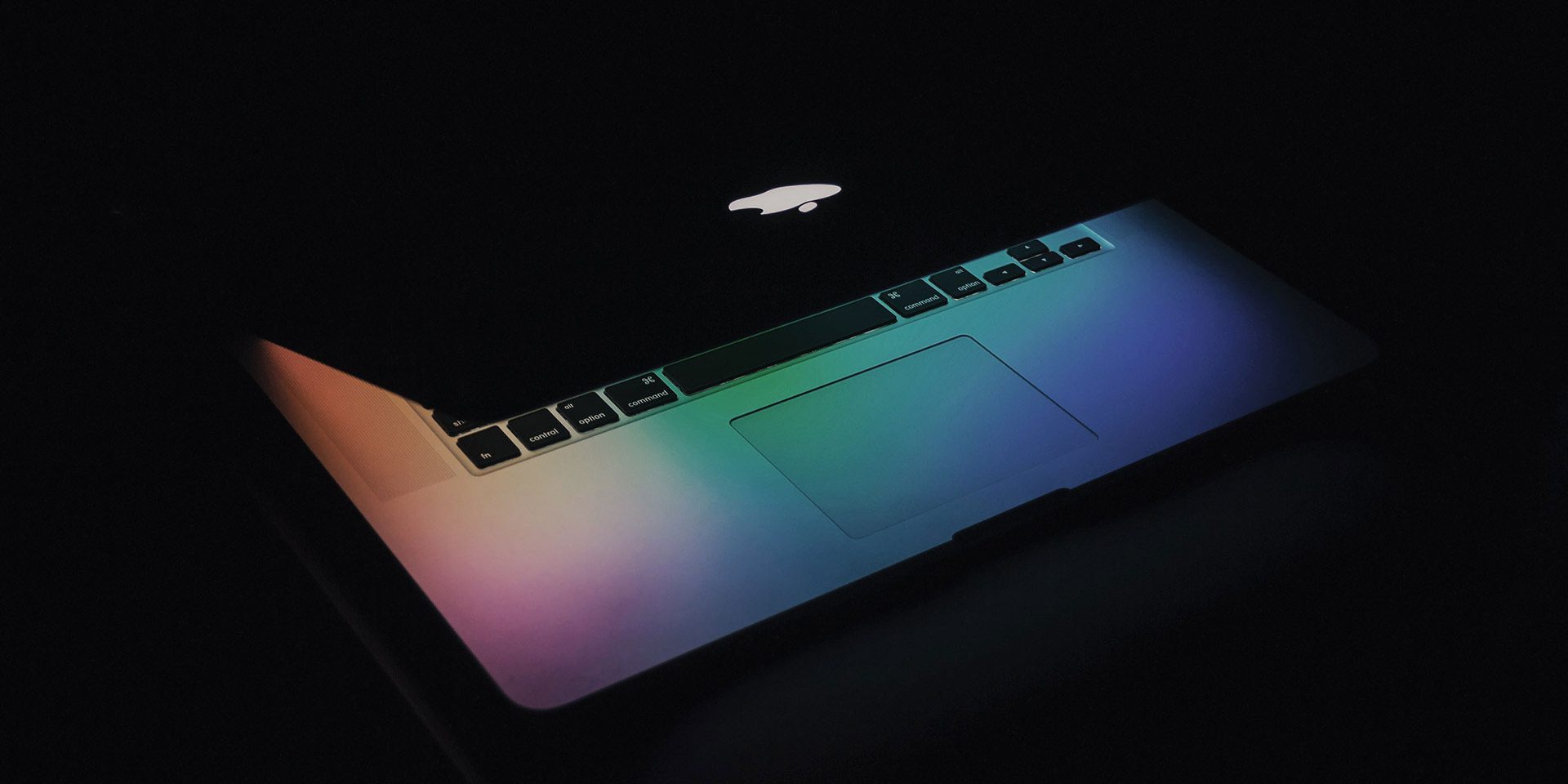 This year we were each granted a training budget to help further our development which is something we’ve all been really excited to get the ball rolling on. Although I wasn’t actively on the hunt for a training course at the time, when I came across the Business of Ideas course during an afternoon mooch around the D&AD website, something inside me said ‘Yep, that’s the one!’. This caught me by surprise if I’m honest, I didn’t really expect a training course to sound so exciting. Does that make me a geek? Probably.

‘Right from the start you’ll be learning how to conceive creative commercial ideas the hard way, by coming up with them yourself.’

Perfect! This was exactly the kind of guidance I’d been looking for. As a Content Producer, creative thinking is part and parcel of my job, but successfully applying that to a business model or client brief is a different ball game.

Eurgh, did I actually just say ‘creative thinking’? What does that mean? Creativity is so subjective, how can you distinguish between normal ideas and ‘creative’ ones? I needed someone to cut the crap and get down to business. Turns out that Patrick Collister – former Executive Creative Director at Ogilvy and Google’s current Head of Design, was just the man.

Patrick’s introduction to the workshop went something along the lines of, “I have two aims today. One: To send you all away with new techniques for coming up with creative ideas. Two: To get you bastards to smile!”

I knew I was going to love him.

The first key learning that really stood out for me is that creativity means problem solving.

I think a lot of people in the digital marketing industry turn their nose up at creative thinking in favour of more tangible, measurable data and statistics. But in such a rapidly developing sector, monitoring ROI and campaign success is not as black and white as it perhaps once was. Well-executed creative deliverables are a success in themselves because they are more than just an idea.

In order to tie our ideas back to their campaigns, creativity in marketing requires: 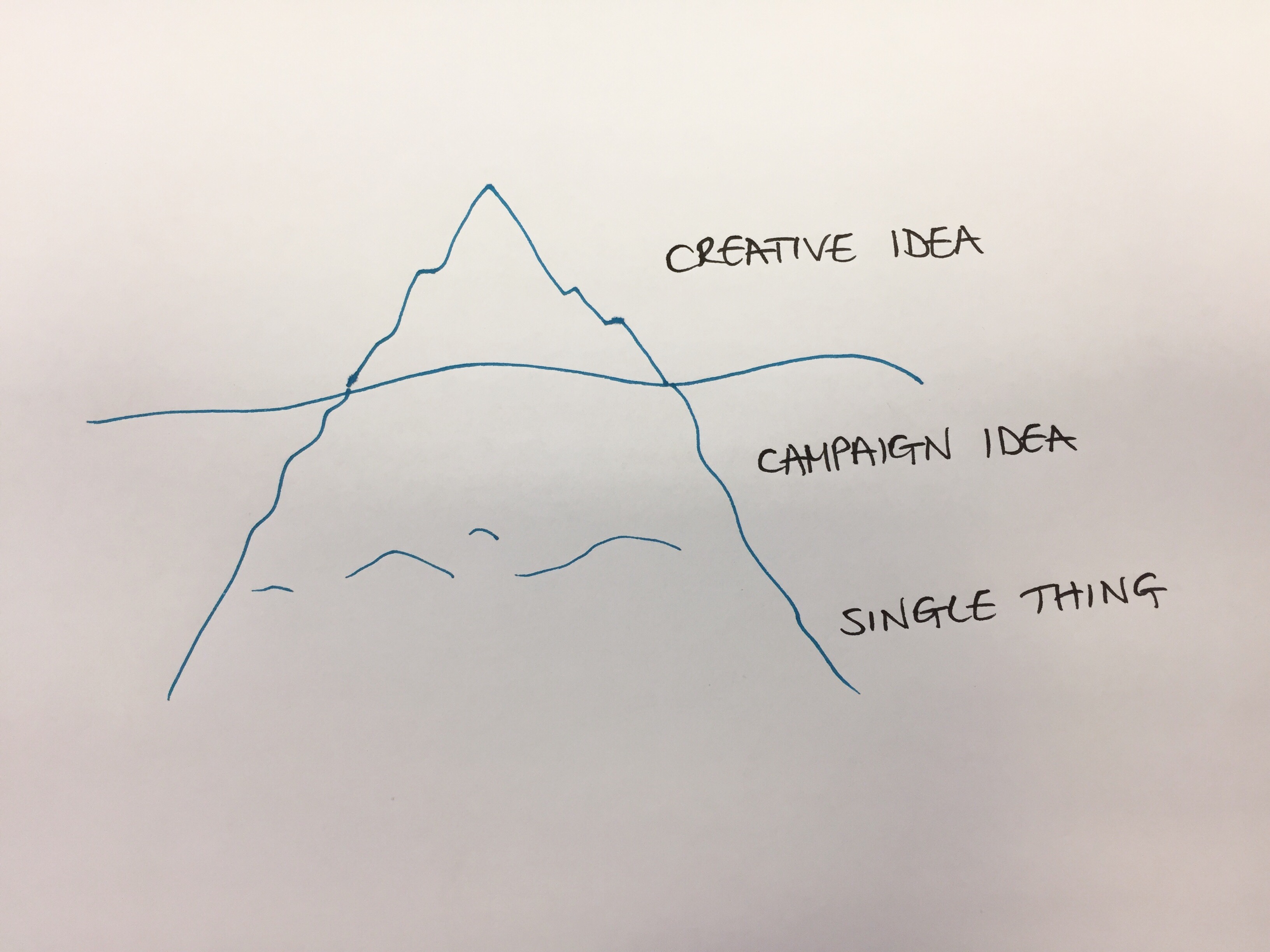 It’s these touch points, or as Patrick calls them, ‘The Hierarchy of Ideas’ that should be the foundation of idea generation, at the forefront of addressing the problem or aim creatively. This is because it aligns business, marketing and communication plans. And if they’re not working in unison, we’re wasting our time.

A few of my favourite examples of brands successfully aligning their ideas include Carlton Draught’s Big Ad, Old Spice’s ‘Smell like a man, man’ campaign, Heineken’s Worlds Apart (a timely alternative to Pepsi’s not-so-successful attempt at combining beverages and politics), and finally one of my all-time favourites – Honda’s multi-award winning 2003 Cog advertisement. The full version of which aired just a handful of times on UK television and yet made an impact on the advertising industry that still resonates over ten years later.

The key factor with each of these brands is that they know and understand their audience to a tee. If you don’t know who you’re talking to, you’re stabbing in the dark and you will get it wrong, as Pepsi proved so well. When you’re clear on your brand’s values (the ‘who’) and your audience (the ‘what’) and marry the two together, your final creative concept (the ‘how’) will communicate this.

As Honda said themselves, ‘it just works.’

To answer the who, what and how in the Hierarchy of Ideas, Patrick equipped us all with what he calls a ‘Creative Toolbox’ – something I’m very excited to have in my proverbial possession!

I think one of the hardest parts of conceptualising new creative ideas is doing just that. It’s often difficult to get the cogs in motion, especially as part of a group where you’re all in completely different mind-sets.

To help with this, the toolbox included strategies to help place our brand in different environments. I found that pushing the brand outside of its comfort zone encouraged me to look at it from the outside, and thus in a new, fresh and inherently creative light.

One of the methods we tried was ‘challenging assumptions.’ It’s very easy to get caught up in the behind-the-scenes workings of a brand and forget about how it actually looks from the other side. Simply writing a list of some of the assumptions people might make and working out how you’d counter them is a great way to conceptualise ideas that can surprise and grab your audience’s attention by going against what they’d expect.

As we’ve already established, it’s easy to make assumptions about a brand based on their product offering. For example, if you were asked to name the largest distributor of toys in the world, brands such as Lego, Mattel or Hasbro would probably come to mind. Anything but McDonald’s, who thanks to the Happy Meal, hit the top spot by a long stretch.

This leads on to the next tool that worked well for me: ‘parallel worlds.’ We thought about brands in parallel scenarios. What would my brand do if it were a different one? What would Greenpeace do if they were Cartier? What if Barclays were Innocent? If Burger King were Waitrose?

This highlighted for me that anything is possible. Just because your brand may fit into a specific sector, doesn’t mean they can’t step into the shoes of a different one in the ideation stage.

It might seem obvious, but it was refreshing to hear Patrick’s emphasis on simplicity. He stated that there are four points of conflict in the generation of ideas, one of which is ‘the way we’re wired’. Other people in the room can’t see inside your brain. Words, images, even colours have different connotations for everyone – yes the basic definition doesn’t change, but we all use our language differently. It’s subjective.

If you think you’re onto something, as easy as it is to blurt it out in a stream of consciousness, it serves to benefit you in the long run to stop, pause and simplify your idea down to the core. How can I communicate this in the most universal way possible? If you can’t do that for your colleagues, can you do it for your audience?

This really rang true for me, as I’m a bit notorious for speaking too quickly. I need to let my ideas cook and reduce down before I serve them up. This also brings me back to the campaigns I mentioned earlier – yes some of them are witty, clever, even eye-opening, but when it comes down to it, the actual ideas that form them are stupidly simple:

‘Let’s get some people to have a chat over a pint’ , ‘let’s build something that just works’ , ‘let’s take the piss out of ourselves’.

Being able to segment the creative process into three stages brings structure, purpose and guidance to what can be a headache-inducing whirlwind. It’s not that easy for creative thinkers to get the balance right between left and right sided cognition, but Patrick has certainly shown me that it’s possible, and it works.

But did he get this bastard to smile?

If you’d like to know more about Patrick Collister (which you should), take a look at his website – Creative Matters, or even read his book – How To Use Innovation and Creativity in the Workplace.