Having previously achieved great success with their ‘Matching People and Property’ campaign, which paired bold portrait photography with sharp-witted captions to emblemize properties, we were asked to develop the creative by building on the successes and positive feedback from the above the line adverts: for both off and online executions.

The fresh creative needed to be magnified through a digital media plan which amplified the off line executions and created a predisposition towards Marsh & Parsons within their target market of affluent and cosmopolitan property owners. It was vital we differentiated the brand in the noise of London’s busy property market, showcasing both the brand’s unique personality and the diversity of properties available through them.

The team began by reviewing the performance of the past creatives to understand which characters and messaging had received the most engagement and struck a chord with the target audience. Through the consumer research, it quickly surfaced that the “rich quirkiness of London” resonated throughout the campaign and the approach to “customer centricity” was refreshing in a market that still had connotations of unpleasant customer service and aggression. These positive responses to the current creative were elements that the team were very keen to retain.

Channeling what was learned, the creative team set to work developing a new set of characters which would further give the public a flavor of what to expect when working with Marsh & Parsons. Taking the amusing captions one step further, we introduced a new element to the messaging which incorporated references to boroughs of London, allowing us to further cement the brand’s “local know how, better results” ethos and open up geographical targeting across digital channels.

Collaboration with award-winning photographer Lorentz Gullaschsen captured the invigorated visuals for a print campaign across Greater London’s bus stops, buses, and tube billboards, but we were keen to take them one step further to allow them to really ‘come to life’. 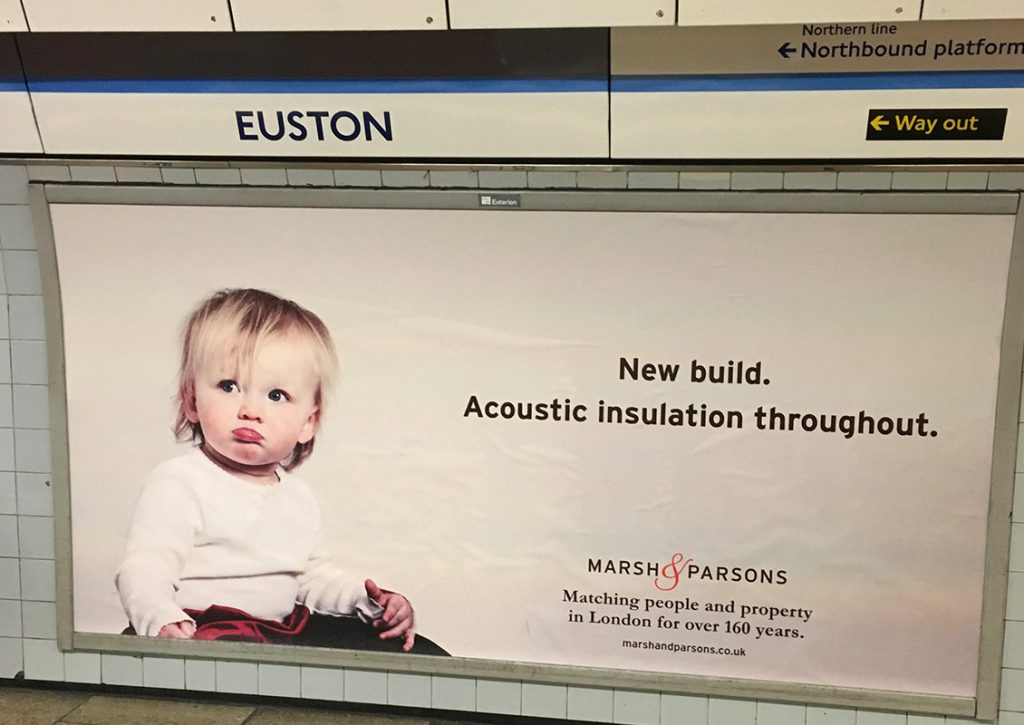 For the digital phase of the campaign, we pushed the creative even further to catch the eye of the visitor in busy digital environments. addmustard’s design team built up a set of captivating video ads; allowing for movement and audio, depicting characters uniquely interacting with the messaging, and adding to the personality of the characters and the campaign as a whole.

Marsh & Parson’s ‘Matching People with Property’ campaign won artistic recognition in the form of a bronze award in the ‘Creativepool 2018 Awards’.

Click through rates from digital display prospecting achieved an above industry standard of 0.27%, securing more brand exposure and engagement for Marsh and Parsons.

“Marsh & Parsons engaged addmustard to support our strategy of differentiating our brand, increasing our digital presence and innovating our technology. Addmustard have worked with us across all channels and platforms to deliver a highly successful brand campaign, improve our customer experience and increase the efficiency of our digital marketing. They have integrated with our team and have completely aligned themselves with our strategy.”